Why Do DJs use Headphones and what are their uses? - DJ Music Geek
0

Why Do DJs use Headphones and what are their uses?

Everyone is probably used to the image of DJs wearing headphone when they mix music at different venues. However, not many of us know why exactly DJs use their headphones. Some might think that they are used for blocking the noise of the crowd and protecting one’s ears from the loudspeakers, but it’s way more behind it. Experienced DJs might do well without headphones in some cases, but when it comes to beginners, it’s obviously better to wear them. 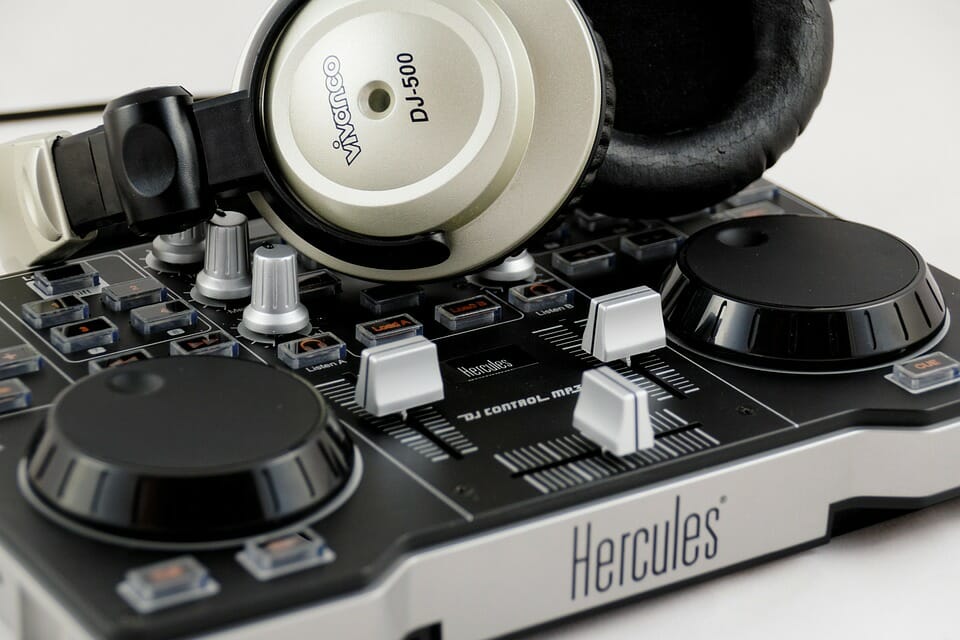 Cueing is one of the main reasons why DJs need to wear headphones. As many of you may know, DJs don’t need to hear the sounds of the crowd, as they have to listen to the next song that they plan to integrate into the mix. As rhythm and matching of the beats of two different songs are crucial when creating a mix, the DJ has to listen to the upcoming track before playing it for the crowd. The DJ will attempt to incorporate it as smoothly as possible into their mix. As soon as the song playing in the headphones matches the one playing in the speakers in tempo, the DJ will increase the volume of the next track, so that both play at the same time and the crossfade the two so that the transition seems smooth. This process is called cueing and is one of the main reasons why DJs need to wear headphones. This helps a lot if the DJ does not remember the song, or does not know it at all, making it possible for them to create the original mix on the spot. However, nowadays there is DJ software that does the hard job of cueing for you so that some DJs might not even need to wear headphones.

On the other hand, there’s also the need to block the sounds around the DJ, so that they can concentrate on the upcoming track. Besides that, the headphones will protect the DJ’s ears from the roaring noise of the club speakers, so that they are not exposed to it constantly.

DJs do not need to listen to the reactions of the crowd most of the times. Sometimes, it might be nice to hear a request or something like that, but in other cases, watching the crowd will create enough of an impression for the DJ. According to the movement of the people in the club, the DJ can decide whether to bring a more rhythmic track or a slower beat. Thus, headphones are also needed as an accessory that blocks useless noise from around the DJ. 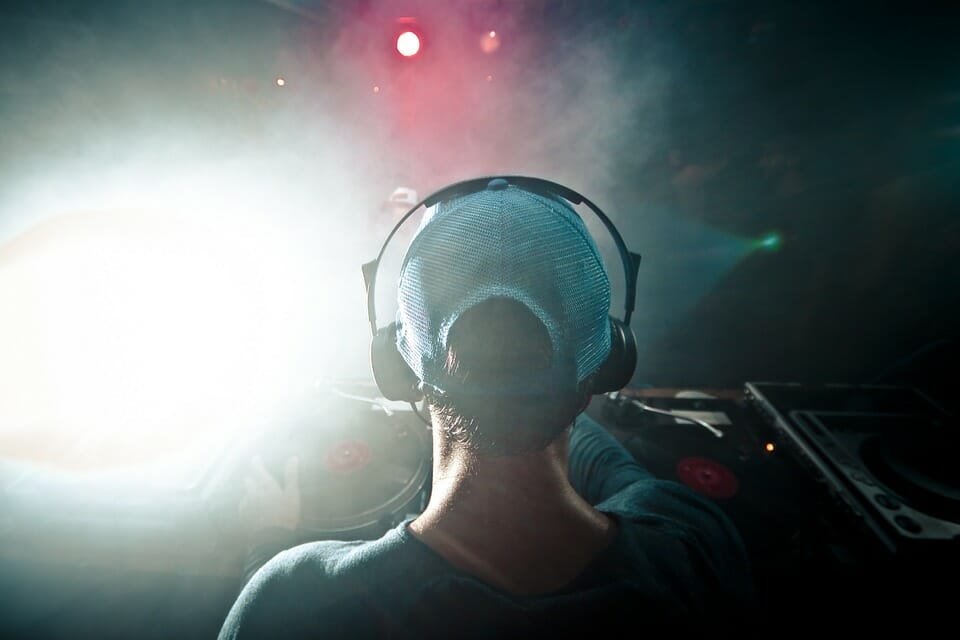 The headphones are also used as fashion accessories to some extent. As veteran DJs can do a pretty decent job mixing without headphones, they could go easily without wearing them, but the “dress code” of the job somewhat requires the to have a pair of fancy headphones on. They create a professional and fashionable aspect that is very prized and highly thought of in the industry.
We said that veteran DJs could easily mix without headphones, and you might be wondering how. Is it possible for a person to cue songs without listening to the beats first? There are a couple of situations:

1. When they have a pre-ready mix, meaning the tracks are already chosen and arranged in a specific order. They DJ than only applies effects on the spot, so there’s no need for listening to the upcoming track.

2. The entire set might be pre-recorded. This is the DJ equivalent of playback, so there’s no need to listen to the tracks anymore.

3. Some DJ software can do the job for the person mixing, as they will show the different waveforms and figure out when is the best moment to play in the next song. However, sometimes these software approximations don’t sound very smoothly, and it can bring ill fame to the DJ’s name. For beginners, it’s essential to listen and match before mixing something in.

There’s one situation when even experienced DJ’s can’t help but use headphones – that is when turntables are involved. If this is the case, one cannot match the beat automatically or have it prepared beforehand, so headphones are a must.

As a little conclusion to all above said, it’s essential for DJs to wear headphones for multiple reasons. The most common ones are cueing the tracks, and after that comes a fashionable aspect and the need to block out the sound from the crowd. Seasoned professionals might not need to wear them, but some still choose to do it, as headphones offer the person that trademark DJ look.