Which Famous DJs use Ableton Live?

Ableton Live is a DAW (Digital Audio Workstation) software which allows not only to mix the tracks but also produce them from zero. The original version wasn’t intended to be used as mixing software, but some DJs found later on how to use it effectively at their performances. The software allows mixing loops together and applying diverse effects that will entertain the audience in a club or similar environment. There are many famous artists that use this software live, and this article will name some of them. You will also find a summary of their styles and how do they perform in front of the crowd. 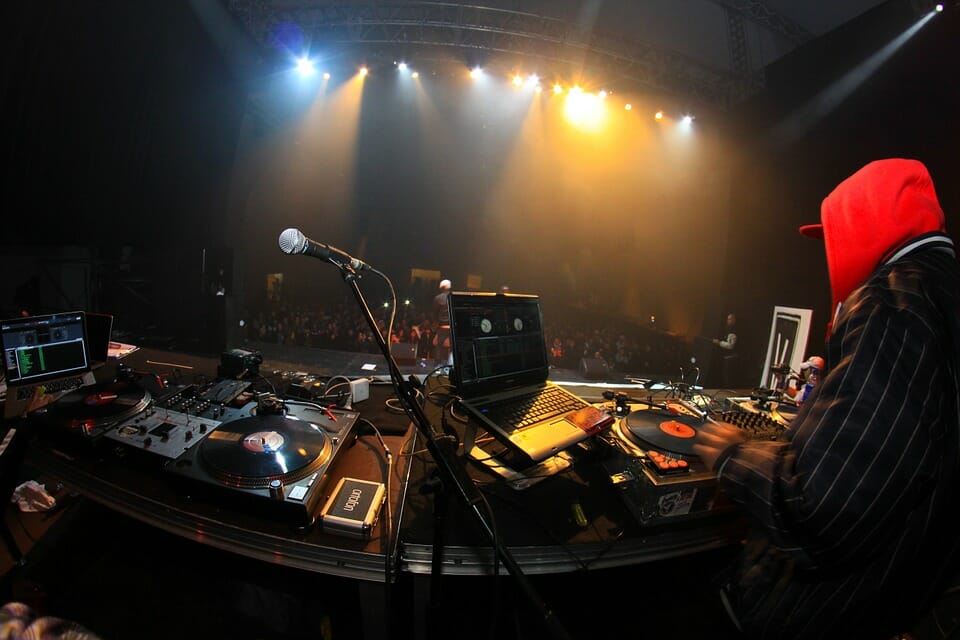 DEADMAU5
Dadmau5 is widely known due to his house tracks. He has composed his music with the help of his various synthesizers in his studio and also Ableton Live. With Ableton Live he can create easily, fast and efficient, what means an improved workflow and more consistent compositions. During his performances, there is an SMPTE clock that runs through many devices. It allows him to synchronize his mixes with the lighting in the show.

ARMIN VAN BUUREN
Ibiza-formed Armin van Buuren is also a renown Ableton live user. Van Buuren mainly mixes trance, vocal trance, and progressive house music. His use of Ableton Live proves how versatile the software can be, as it works for such a wide spectrum of genres.

SKRILLEX
One of the most famous EDM/dubstep artists of the moment, Skrillex is also known to use Ableton Live for his performances.

FLYING LOTUS
Flying Lotus is a musician who combines dub music, hip-hop and dance music in between. His approach with Ableton Live concentrates on breaking the tracks down into loops and merge them live. Sometimes, how the loops will sound together is a mystery even for him, but that’s part of the fun. His method is very creative and intuitive, which is effective in keeping the crowd entertained.

DAEDALUS
Daedalus is a popular electronic musician who uses Ableton Live combined with a hardware device, Monome. Monome is a device with many buttons that can be connected to a computer via USB. It allows triggering loops by pressing on buttons and create different sounds by blending the loops together. You can also combine effects and diverse sounds into your mix with the smaller Monome. Daedalus uses a simple and yet very efficient technique while performing. He mixes the loops together by pressing the buttons fast, which also helps him create entertaining shows.

PLASTIKMAN
Plastikman was still popular in 90’s with his techno mixes. Nowadays he uses Ableton Live professionally to create amazing live shows by constantly blending his loops with specific effects. He made a program that is designed to capture set-ups inside the software, by making screenshots. This is a genuine idea, as some set-ups are extremely difficult and with the corresponding pictures he can recreate the previous set-up and play it sometime later anew. You can also research about it under the name Kapture.

What about dj snake?