Can You Make a Lot of Money Being a DJ? - DJ Music Geek
2

Can You Make a Lot of Money Being a DJ?

If you’re a frequent club visitor, and you like to spend your Fridays and weekends out dancing, you’ve certainly wondered if those DJ’s you’re seeing in front of the crowd make a lot of money at the end of the night. Or, perhaps, you’ve been tempted to find out if you’d make a lot of money yourself if you transformed your hobby into a permanent profession. This article is here to give you a bit of an insight into the world of professional DJ-ing, and to how much these people you see mixing in clubs actually earn.

Of course, it’s really hard to generalize and give you the actual number, or even an estimate, of the amount a DJ earns per year. To start off, you need to know that there are several types of DJs – the employed ones, or the people who are bound by a contract to one or more clubs, the self-employed ones, who do not have any contract but are invited to perform at different places every week, and the renown artists, who make a living by collaborations with other artists, selling their music, and performing in big concerts. 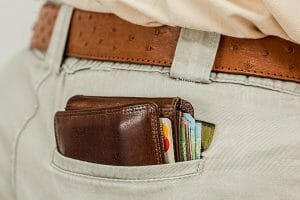 For the beginners out there, it can be a tough industry. The minimum wage in the DJ-ing world is said to be around $17 000, which is hardly enough for one to be able to pay rent and sustain oneself. However, the medium amount for those who already have a contract with a certain club is around $30 000. A high income in the business is considered $60 000 and above, although it can be hard for those who live off contracts to make more.

When it comes to the average employed DJ, facts have it that the average annual salary is around $26 850. That can hardly be considered a lot of money, given that the average annual salary of a custodian is around $22 000. While DJ’s who earn this much can probably not be considered poor, they certainly don’t make it big in the industry. Of course, it’s easy to survive off that much by yourself, but it would probably be too little to support a family. The DJs who make below $30 000 are considered to be “middle-class” in the industry, but it’s essential to know that the DJ-ing middle class does not exactly coincide with the regular middle-class wage.

Besides those, there are the self-employed DJs. Those are usually the “evolved form” of the salary DJ, who have made enough of a name for themselves to be able to receive requests from places without needing a contract. Many aspiring DJs look forward to this position, as they can literally pick and choose the clubs and events they want to participate in, instead of living off a contract. These DJs make between $25 and $100 an hour, and they can take up as many events per week as they wish, without compromising their daily lives. As to the annual average, the most successful self-employed DJs earn six-figure amounts. 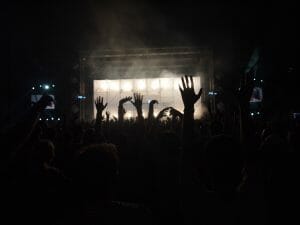 Last but not least, there are the renowned DJs, who make music of their own, sell millions of singles and albums worldwide, collaborate with other artists and perform as headliners at concerts or festivals. There’s certainly a very long road to be walked until one can get to that point, but it certainly can be extremely rewarding. Aside from the tens-of-millions-of-dollars of income, there’s fame, world recognition, and many other perks of a celebrity life. Not many will be able to make it to this step of their career, but those who really work hard to climb the DJ career ladder and have the talent certainly have the chance.

Nevertheless, even a self-employed DJ can make enough money to live off it and even sustain a family. The beginning might be hard, and they might need to have part-time jobs in addition to mixing in the club on weekends. However, when that step is behind, it’s really easy to live off DJ-ing alone.

To sum up this article, there’s no exact and precise answer to how much does a DJ make per month. There are several types of DJ’s, and each of them can earn a certain medium amount. However, the lower limit and the upper limit of that same self-employed DJ are very far from one another. Earning $30,000 or earning $60,000 per year are pretty different things.

If you aspire to become a DJ yourself and were looking for the answer to “is it worth it?” in this article, it definitely is. All you need is perseverance and the understanding that it’s not easy when you’re just starting out. If you put enough effort into making the right connections and keep improving, you will definitely end up earning much more that the minimum wage.

$26k a year is still a pretty high bar for the average DJ, especially with this whole trend of mixing for free for ‘exposure’ until you make enough of a name for yourself to get paid for every single gig.

Yeah I agree, I think this info is outdated at this point cause no one seems to want to pay DJs anymore. Can’t see myself making anything near full-time minim wage with this anytime soon but what can I do, it’s a hard time for artists